How To Stream Gotham Online Gotham (R) is an American crime drama television series. The show is based on characters published by DC Comics in the Batman comics, primarily James Gordon and a young Bruce Wayne. It also features several Batman villains, including Penguin, Riddler, Catwoman, Poison Ivy, Scarecrow, Mr. Freeze, Hugo Strange, Ra’s al Ghul, and Solomon Grundy. Before there was Batman, there was Gotham. Everyone knows the name, Commissioner Gordon. He is one of the crime world’s greatest foes, a man whose reputation is synonymous with law and order. But what is known of Gordon’s story and his rise from rookie detective to Police Commissioner? 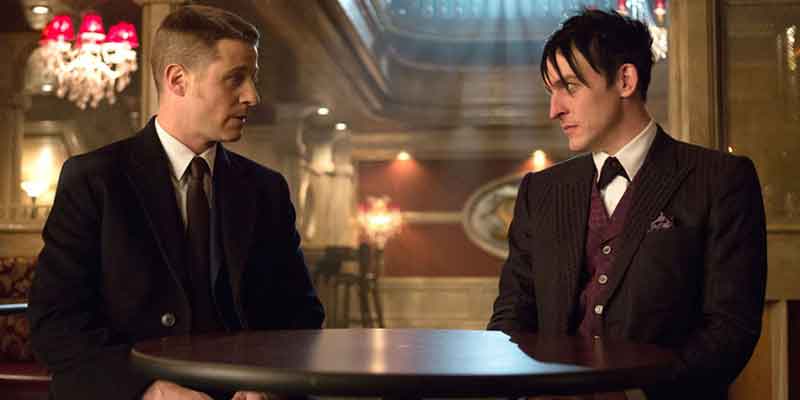 How To Watch Gotham Online

There are several different ways to watch Gotham online without cable. This TV show was aired on FOX but has wrapped up a final 5th season in 2019. You can use a streaming service to watch on-demand on Netflix.

It is possible to stream on Netflix, DIRECTV or buy it as a download on Apple iTunes, Google Play Movies, Vudu, Amazon Video, Microsoft Store, and FandangoNOW.

Netflix is an on-demand  TV streaming service. Netflix lets you binge-watch all 8 seasons of Gotham. This is the least expensive way to catch this amazing TV show as plans begin at $8.99/month. To learn more about this service read our Netflix review.

This TV show can be found on just about any streaming device on the market. You can stream on a tablet, smartphone, smart TVs,  gaming console, desktop, or streaming devices such as a Roku, Apple TV, Chromecast, AirTV, Amazon Fire TV, and more. Here are some of the top devices that can be used to access one of the services that carry Gotham. To learn more click on the icons below or read our best streaming device reviews.

Gotham can be streamed using a VPN. A VPN can unlock content from services such as Netflix. You can also use a VPN to bypass blackout restrictions and geo-blocking. A VPN will increase your online security and protect your online devices. This is very useful in the United States but is even more useful internationally. By using a VPN you can view this TV show while in another country. We recommend ExpressVPN because they have thousands of servers across the globe, have tremendous security, and most importantly, they have the speed required to stream at high quality.

1. Is Gotham on a streaming service?

Yes, the Gotham television series is available on streaming services, but Netflix is the best place to watch all five seasons of Gotham at the same time. Netflix has the entire season available, and if you don’t already have a Netflix subscription, it’s simple to sign up with three monthly plans starting at $8.99 per month and a free trial month included.

2. What app can I watch Gotham?

For the time being, you can watch Gotham on Netflix. Gotham is available for streaming on Vudu, Google Play, Amazon Instant Video, and iTunes, as well as for renting or purchasing. The story of Gotham revolves around the origin stories of James Gordon, Bruce Wayne, and Selina Kyle. It also follows the villains in their lives before they became criminals. The show is set in a time where Batman has not arrived yet and Jim Gordon is trying to establish order within the city as it becomes overrun with crime and corruption.

3. Did Gotham get removed from Netflix?

No, Gotham isn’t removed from Netflix. It is still available to watch on Netflix. Gotham is a TV series that follows the origins of Batman and his allies in Gotham City. It premiered on September 22, 2014, on Fox.

4. How many episodes of Gotham are all together?

According to the original plan, the series would have served as a straightforward account of Gordon’s early years as a detective with the Gotham City Police Department. Between September 22, 2014, and April 25, 2019, a total of 100 episodes of Gotham were broadcast over the course of five seasons.

Gotham season 6 is not going to happen! The series has come to an end, with season five serving as the series’ final season. It’s possible that a sequel or spin-off will be released in the future.